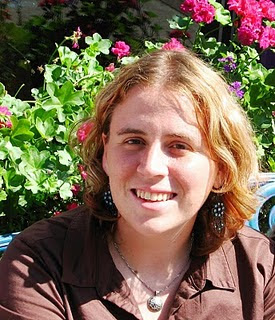 I write internationally themed fiction and nonfiction.  My publishing credits include the short stories “One More Toast,” which appears in Hint Fiction: An Anthology of Stories in 25 Words or Fewer and “Alphabet Cereal,” which is available for download on Cell Stories.  My current nonfiction publications include “Waiting for Spring,” which appears in The Licking River Review and "Talk of Sex and Politics in Central Asia," which appears in Breakwater Review. In nonfiction, I have a forthcoming title: “Stuck,” which will appear in Peace Corps at 50: The Heart of Eurasia.

My dystopian horror novella Blackout is scheduled to be released April 14, 2014 from Under the Moon publications.

I hold both an undergraduate and a graduate degree in English, each with an emphasis on creative writing, and spent two years in Kazakhstan as an education volunteer with the Peace Corps. I teach courses in composition, literature, and speech at a four-year college.  Some authors I find inspirational include Toni Morrison, Margaret Atwood, Khaled Hosseini, William Faulkner, Ursula Le Guin, S.L. Farrell, and many others.

My current works in progress include an alternate timeline novel looking into a parallel universe where the US never purchased Alaska from Russia and the sequel to Blackout.  I live in Cincinnati, Ohio.

"Stuck" is available in the anthology: A Small Key Opens Big Doors: 50 Years of Amazing Peace Corps Stories v. 3, The Heart of Eurasia

I'll be reading for the release of the next MOTIF anthology on October 16 at 4:00pm at the Grailleville Retreat Center in Loveland, Ohio.

Blackout is available from Amazon.com